We are delighted to announce that Tillotson T4 Series Ireland will be expanding to include an exciting new format for 2022. T4 Series Ireland, in association with Motorsport Ireland Karting, will see new Regional and National championship structures offering T4 Series drivers from Mini, Junior, and Senior categories the opportunity to race at more venues while competing for both National and Regional titles.

As everyone is aware Tillotson launched two new categories during 2021, T4 Mini (8-12) and T4 Junior (12-16). Both classes have been a huge success with strong grids already competing in our T4 Series Regional events. During the year Kiltorcan Raceway, in association with MI Karting and Tillotson, hosted multiple successful T4 Series regional races with up to 50 drivers racing individual one day events. This success has led to months of planning and negotiations between all parties involved to consider how best to offer more racing and bigger events to all T4 drivers for 2022 and onwards.

Tillotson are pleased to announce that Adventure Park, Kartworld, will join our T4 Series Regional calendar for 2022. This exciting development and collaboration between all parties, MI Karting/Tillotson/Kiltorcan Raceway/Adventure Park Kartworld means that we can now offer a new 6 round Regional Series which will be alternated between both Kiltorcan and Adventure Park facilities. Two very special events, KT Plate & O Plate, will also be part of the T4 Series Regional championships. T4 Mini, T4 Junior, T4 Senior, and T4 Senior+ will all race at all these one-day events.

We understand that these regional one-day races are a more popular less expensive option for our T4 Series competitors. After considering the many requests and suggestions from competitors across all our T4 Series categories we have decided to restructure the T4 Series National events which will be held at MI Karting National championship rounds.

For 2022 we are excited to announce the inclusion of both T4 Junior and T4 Mini within the MI Karting events. The national calendar will see both T4 Junior and T4 Senior categories alternate rounds 1-6 meaning each category will have a 3 round championship. None of the T4 categories will take part at MI Karting round 7 as its only one week before our T4 World Cup event, September 9th-11th. Finally, T4 Mini category will make a special appearance at round 8 of the MI Karting Championship.

The new T4 Series National & Regional format will see the most exciting prize pool ever for T4 Series Ireland. Tillotson, in association with Motorsport Ireland Karting, are offering prizes to the T4 World Cup 2022, which have a combined value of € 11,550. 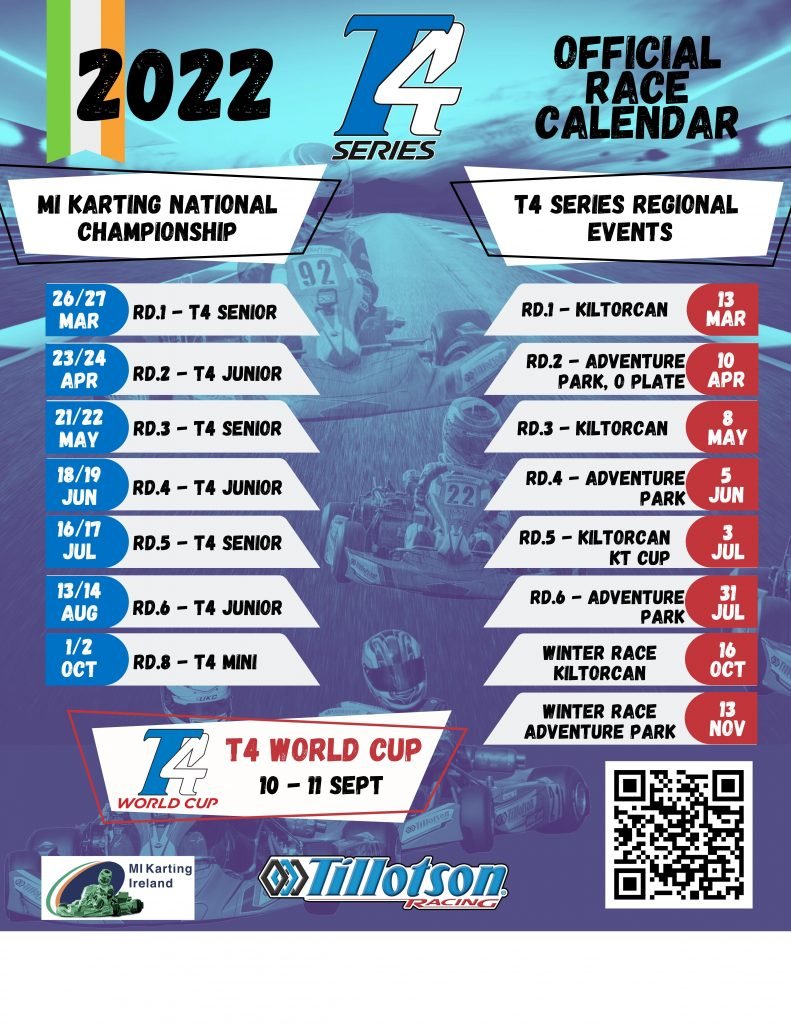 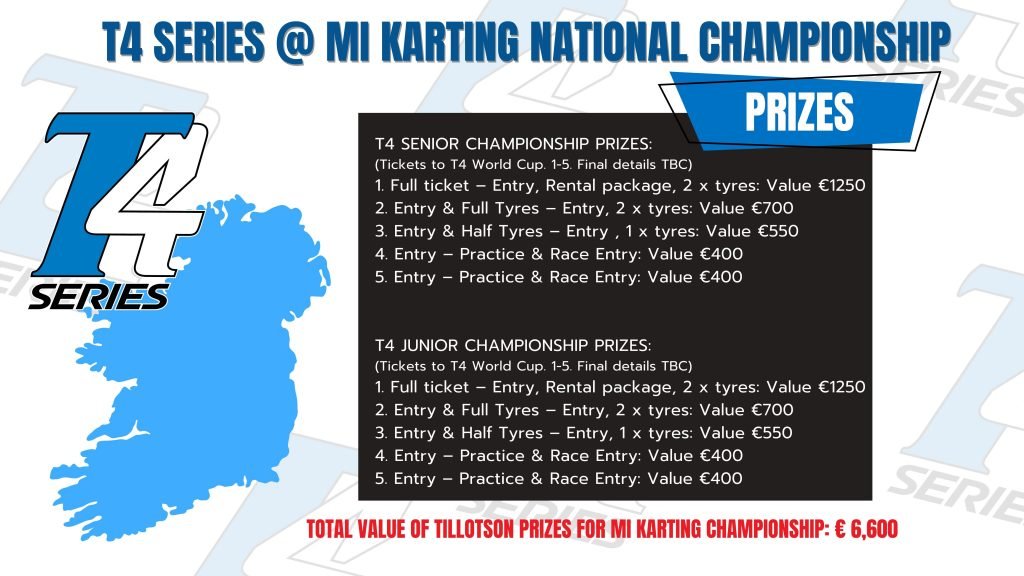 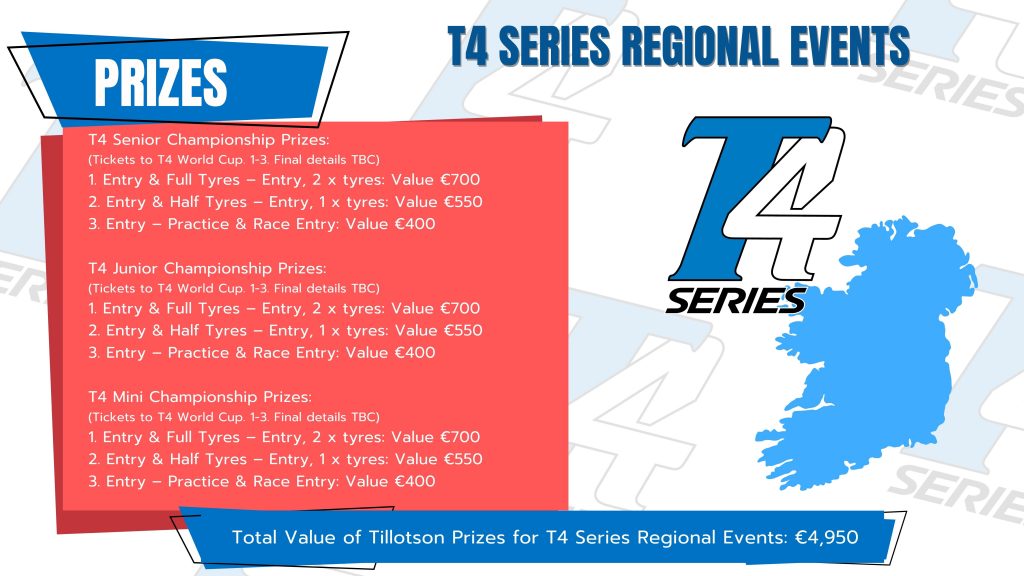