See what our T4 Dealers have to say about T4 Series, whether you are a kart racer interested to start out in T4 Series or want to become a T4 Dealer in your country.

Carlos Medina – T4 Series Mexico
“The Tillotson T4 Series is a great step for new drivers who wish to start in karting and at a great price point. We also see many former drivers returning to compete in this class due to the affordability but also due to the fun experience it provides. We are super impressed by the concept which we commenced with end of 2021 and it is once of the fastest growing category’s now in Mexico.”

Kieran Coleman, Vice President,
MOTORSPORT IRELAND FEDERATION
“Motorsport Ireland have adopted the T4 series into our National Kart Championship. Such is the success of this class of kart we have also introduced a T4 Regional Series. This series is specifically designed to attract the new driver into our sport of kart racing. The arrival of the T4 kart in 2018 has allowed us to attract a large cross section of people into our sport and has contributed to a large increase in our number of kart licence holders.We look forward to growing this series in association with Tillotson.”

Andreas Matis – T4 Series Germany
“Tillotson T4 has provided a new bridge for our RMC Clubsport Series to bring customers from corporate karting into racing categories. Being a complete mono concept T4 has taken away many difficult decisions for new customers that wish to start racing such as choosing from the multiple chassis brands, engines, teams etc. It is a great training category as to be fast you must drive with great technical ability so it is a very suitable category to develop new drivers for the sport.” 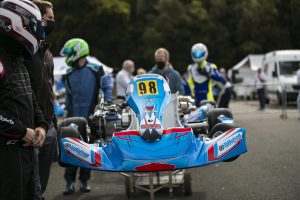 Fabienne Lanz Racing, South Africa
“The concept of one make kart and engines sealed with set jets gives this introduction to motorsport so much excitement as a coach I can focus on teaching the kids the fundamentals of racecraft. It has improved the quality of race craft in my 2 students who are aged 9 and 10 and race in the mini category. They are currently neck on neck leading and second in the South African Tillotson Championship. Racing Tillotson simplifies the kart tuning to a brilliant foundational platform where you can only change ride height , wheel alignment , tyre pressure to name a few. And these are already big learning attributes to what handling changes these do to then give the drivers a better understanding when dealing with more complex handling tasks in other racing leagues and then leading into GT / single seater racing.

We also have a student with autism which races in the Tillotson senior category. I am So proud of how has developed within himself and he competes in races as a Driver like all others because when the helmet is on we are all drivers racing for the win. As a woman in motorsport I can relate so much to the challenges that the minority faces. To witness as myself and to my drivers overcoming these challenges has been so rewarding. Target Racing is the rainbow team of South Africa where we strive to include people of all backgrounds and nurture them into motorsport and teach life values and skills through the motorsport platform. The Tillotson racing platform has opened so many opportunities for the grass roots racing and has opened so many opportunities for skills development which is a foundation all drivers need , and to put the cherry on the cake a world cup at the end of the championship just provides such a great opportunity for the drivers to experience international racing and to be able to compete against other champions in the series is a fantastic stepping stone into the world of international motorsport.”

Anthony Holland, Kiltorcan Raceway – T4 Series Ireland
The rise of the T4 series in Ireland has been massive over the past number of years. The introduction of T4 Mini and Junior classes to the Irish market has opened up competitive and affordable kart racing to clients whom never thought it would be possible to achieve. With almost 70 drivers across the three classes now it shows the confidence in the series, the product, and the commitment we have made to the series. We look forward to the introduction of T4 Bambino and reaching 80 to 90 drivers in the paddock enjoying the sport of karting. To all the Tillotson and Kiltorcan Raceway staff I look forward to the growth of the series and having a huge amount of fun along the journey. 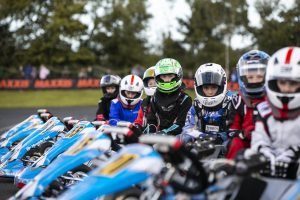 Marius Swanepoel, T4 Series South Africa
“We are very aligned with Tillotson T4 Series concept. We have seen a rapid growth in T4 Series drivers here in South Africa bringing a whole new customer base to our facility. The T4 Mini, Junior, and Senior categories offer drivers of all ages and backgrounds an equal opportunity to get involved in kart racing. The T4 Nations Cup is a hot topic in South Africa and the competition is growing weekly for the tickets Tillotson offer”

Andres Coral – T4 Series Colombia
“Tillotson have created a fantastic product and series with T4. The interest from our customers has grown fast and we see a big future for T4 Series in South America.

Kartdriver Academy, Kurt Wenger
“I use the kart for taster courses with 5-12 year old children who have never or only driven with a rental kart. My experience shows that the speed (with the right proportion) is easy to control. The driving characteristics of the chassis are excellent and exemplary. The engine convinces with easy starting and running properties that I appreciate very much. The older children especially like the sound. I use the larger karts both indoors and outdoors (race-inn.ch) for the teenagers (i.e. juniors) with the same goal as for the little ones. Taster courses and teaching the rules in motorsport does not require 30 hp or more, that’s enough and so far everyone has had a smile on their face after driving. It is confirmed that the former with this kart, new customers have risen in the 2-stroke karting and now race with me. I work with 2 children and 2 adults karting – I think there should be more, because the demand is there.” 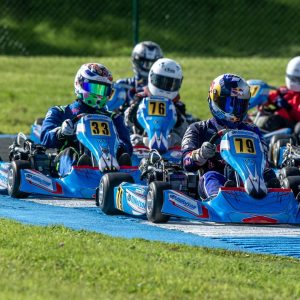