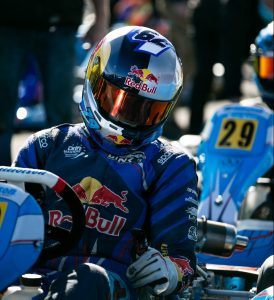 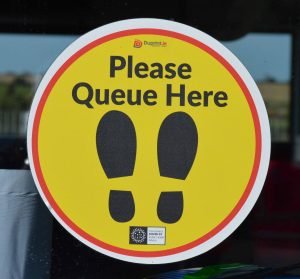 e inaugural T4 World Cup was held at the  stunning Whiteriver Park, County Louth, Ireland on September 26-27 in partnership with Motorsport Ireland.  The two-day event saw some of the best 4-stroke kart racers from Ireland and abroad compete for the World Cup Title in the T4 Senior class (15+ years).  And not all the racers were kart specialists.

Red Bull drift driver Conor Shanahan and the Irish Formula Female team were on hand to challenge the grid. Drivers got a full weekend of racing under spectacular fall conditions. 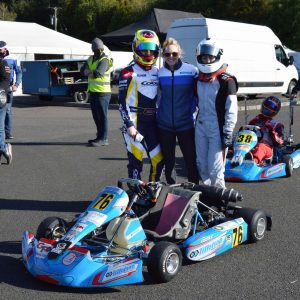 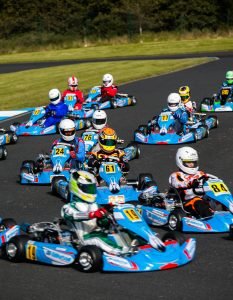 Drivers had over half a dozen practice session opportunities on Saturday so they could experiment with different types of kart set up, tyre pressures and gearing. Whiteriver Park is a challenging race circuit with steep inclines, fast flowing corners and tight technical sections, all requiring the ultimate combination of kart set up and driver skill. At the end of Saturday, many drivers were lapping in the same 1/10 of a second, which was an indication of the close racing on Sunday. 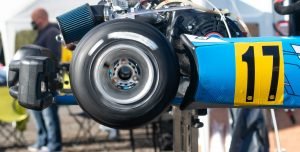 Drivers battled through a demanding race structure on Sunday, where everyone competed in practice and qualifying sessions, two race heats, and a super heat to determine their starting position in the Finals, which was Sunday’s main event. With only 30 spots in the Finals, not everyone was guaranteed a final race session, adding to the pressure of maximizing point totals.

When the dust  settled from an afternoon of race heats and great action, the starting grid positions were ready to take their p 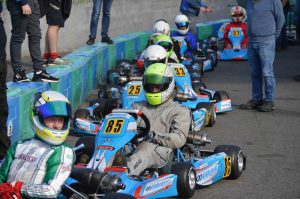 osts for the Final.  Conor McPolin started on pole after winning all his qualifying heats, so the big question was whether anyone could stop him from taking another victory. Sean Purcell started off pole and, after his strong showing with his Super heat victory, it was hard to bet against him. 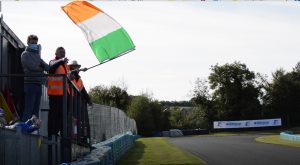 There was a competitive feeling in the air as drivers brought their T4 karts onto the race circuit and Tillotson’s President, Charles Demirjian, conducted some spontaneous driver interviews before it was time to start engines. The 30 drivers took to their karts and completed their warmup lap in perfect order.  Once around the track, the Irish Tri colour flag was raised, and the first ever T4 World Cup Final was running! 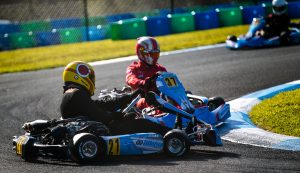 As with any high intensity race there were some casualties early on. Some of the close racing was a little too close, and drivers were involved in racing incidents which left them out of the race. This was not the case for Conor McPolin, who very quickly began to stamp his authority on the field. Conor made a break from the pack that was chasing him, and he created just enough space to allow himself some breathing room. In the early stages he was pursued hard by Cathal McNally, Ross McDonald and Colin Smith, but it was only a matter of time before that jostling trio began to race for second place, allowing McPolin to get away even further. 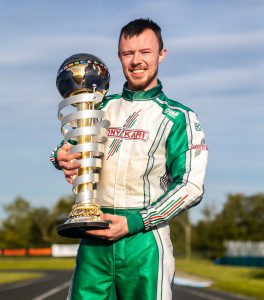 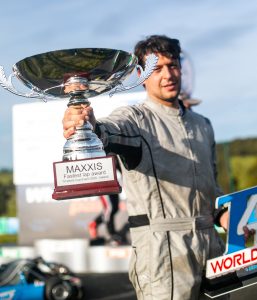 At the end of the day, it was Conor McPolin who stood at the top step of the Podium to claim the title of 2020 T4 World Cup Champion.   Josh Mullholland drove a fantastic race to finish P2 after battling his way through the field after early race incidents.  Josh also earned the Maxxis Fastest Lap trophy for the fastest lap during official racing.   Cathal McNally rounded out the podium taking P3, a well-deserved finish from a driver who was competing in his first kart race in many years. 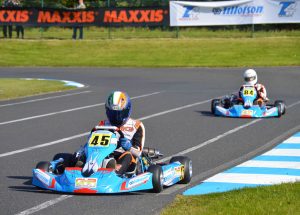 The Tillotson T4 Series has rapidly become a popular gateway to kart racing in many countries throughout the World. The Series runs a mono-brand Tillotson chassis developed to suit the Tillotson TPP-225RS engine and 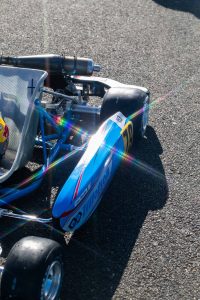 specifically designed Maxxis T4 tyres. To control costs, only stock chassis and engine components can be used in the series. 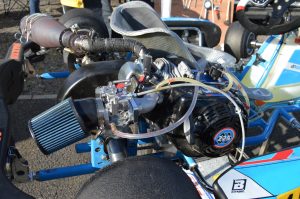 Since its launch in 2019, the T4 Series already has 150 drivers competing across multiple countries, including Ireland, UK, Holland, Belgium and the USA, and new countries expected to adopt the T4 Series in 2021. The T4 Mini Category, which was also launched at the event, will cater for younger drivers (8-12 years), so drivers of all ages can now avail of this exciting new platform of 4-stroke karting.

Special thanks to all our sponsors, partners and friends who made it all happen:  Motorsport Ireland, Maxxis, IPK, 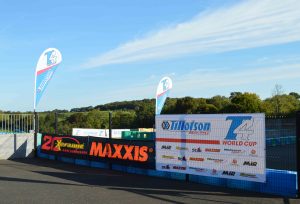 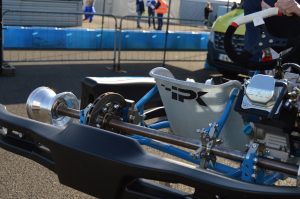 Xeramic, IPK, Stilo, Duprint, Mikko Laine, Felipe Braga,  and Whiteriver Park!  And a heart-felt shout-out to our team’s fathers — PJ Fallon, Michael Ffrench and Vinny Hayes — who wanted to race but were required on hand to help officiate.

Stay safe and we look forward to seeing everyone in 2021! 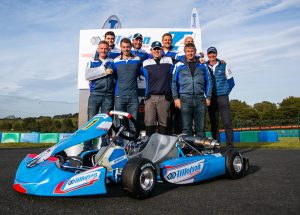 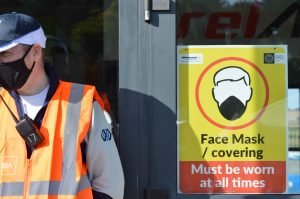