September 9, 2021
Contact Information
Mark Ffrench
Mark.ffrench@tillotson.ie
Tillotson announces launch of T4 Esports Series
Tralee, Ireland – Tillotson Racing is proud to announce the launch of its T4 Esports Series, a simulated race experience developed in association with KartSim and hosted on the RFactor2 racing platform.
Tillotson Racing and KartSim worked together for over 18 months to not only create an accurate 3D model of the T4 Kart but also develop the physics and gameplay calibration using real world data to make the driving experience as close to live racing as possible. The RFactor2 platform gives drivers the ability to experience the T4 kart on an increasing variety of tracks from around the world.
Tillotson plans to run regular T4 Esports competitions where drivers from around the world will have the opportunity to win prizes to T4 Series global events. The ultimate competition will be “Road to T4 World Cup” where winners will be eligible to take part in the annual Tillotson T4 World Cup competing against the best T4 racers from around the world.

“Tillotson T4 series has brought kart racing to a much wider audiences, and now T4 Esports is going to bridge the gap between virtual and real-world racing,” said Tillotson’s Product Engineer Mark Ffrench. “Sim racing has grown in popularity over the past number of years and it felt like a natural progression for Tillotson take advantage of the Esports market to expand that reach and provide a unique experience to the drivers. We believe the T4 Esports Series will be one of the few if not only forms of Esports where a participant can engage in the highest level of competition and then take that experience and prove their skill in a real world setting.”
“Our goal in the T4 Esports Series is three fold,” added Tillotson’s President, Charles A. Demirjian. “First, we wanted to provide a platform for T4 participants to accurately practice their skills off the track. Second, we wanted to bring T4 racing to those who might not be able to race in live events, whether it’s due to location, cost or other factors. And third, we wanted to create a path for those who engage in Esports to be able to test their skills in the real world.
Initial reactions to the game have been overwhelmingly positive and the feedback from experienced T4 drivers is that it feels just like the real thing. The gameplay and close style of racing offer users a great experience which accurately mimic real-life characteristics.


About Tillotson Racing:
Tillotson Racing, headquartered in Tralee, Ireland, provides fuel systems, engines and the complete T4 kart package for the karting and recreational motorsports markets. Tillotson Racing is a division of Tillotson Limited, which has has been creating innovative products that helped create and expand the racing and recreational motorsport markets as well as the small engine market for handheld and lawn and garden equipment since 1914. Tillotson’s carburetors are homologated for international karting competition and have helped pilots win European and World Championships for over 40 years. Tillotson’s TCT fuel system, developed in partnerships with Fjölblendir ehf, helps engine manufacturers lower exhaust emissions while at the same time increasing engine performance and improving fuel economy. The Tillotson T4 Series is an affordable high-performance kart racing series that allows motorsport enthusiasts to compete at races around the world, culminating with the best pilots from around the world meeting at the T4 World Cup, scheduled this year at Whiteriver Park September 17-19.
For more information, visit tillotson.ie 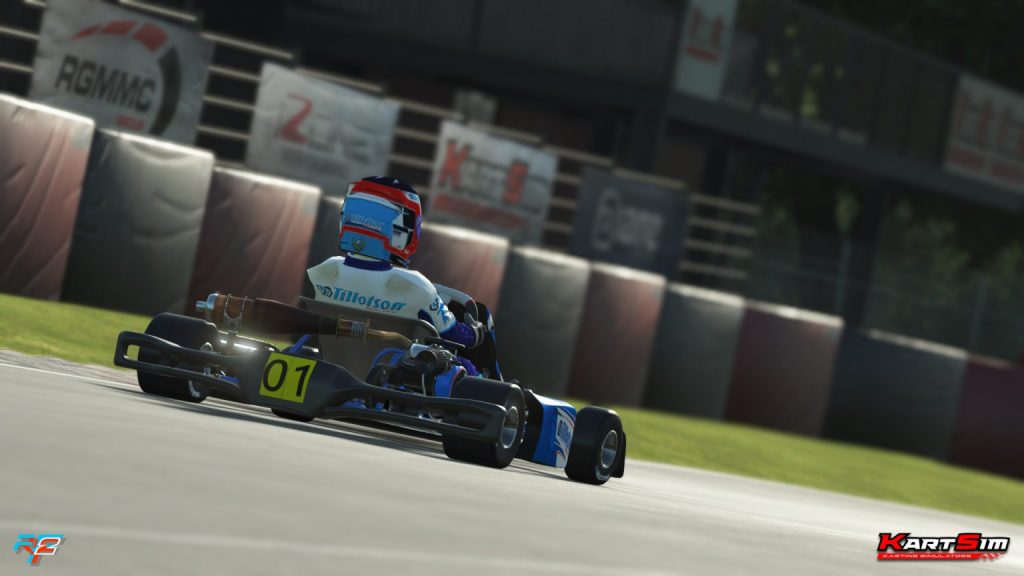 About KartSim:
KartSim was created to provide world class simulation hardware, software and coaching for the karting industry. The aim was to fill the notable gap in the market place for a highly realistic go-to simulator experience. Previous games and software packages have never fully offered a complete and realistic experience for karting. KartSim has been designed to change this. The goal was to provide karters of all ages, budgets and abilities, in order to supply them with the best possible simulator experience through the unrivaled quality of our hardware and software solutions. Through driver coaching KartSim is there to help drivers improve their skills, track knowledge and race-craft, when they are not at the race track. Our KartSim Pro simulators are designed for kart teams and serious karters. They provide an unrivaled life like turnkey simulation experience, using the latest technologies. The Pro simulator is available in two sizes, either with a cadet kart or a senior kart chassis, along with a range of other KartSim Products, to offer you the best driving and online gaming experience. We have also launched a high end Formula Simulator for karters transitioning from karting into single seater racing who wish to have a state of the art simulator at affordable prices.
For more information, visit kart-sim.com